By Year
By Month
By Week
Today
Jump to month

Colloquium - The Quest for a Quantum Spin Liquid

The Quest for a Quantum Spin Liquid*

Defined by long range quantum entanglement rather than symmetry breaking, the
quantum spin liquid (QSL) is a unique albeit elusive state of matter [1]. From a theoretical
standpoint, exactly solvable models such as the Kitaev model indicate a QSL is realizable.
Vigorous activity notwithstanding, incontrovertible experimental evidence for a QSL is
however, not yet at hand. The interlocking and interdisciplinary challenges are (a) to
stabilize a QSL in a real solid with the inevitable disorder and variety of interactions
and (b) to devise experiments capable of positively identifying a QSL. I shall describe
ongoing efforts to overcome these challenges, the status of the search, and some potential
applications of the QSL. 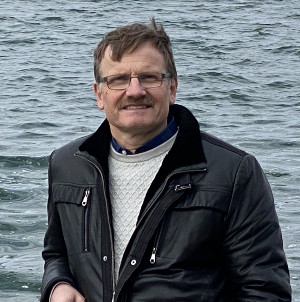 COLLIN LESLIE BROHOLM is the Gerhard H. Dieke Professor in the Department of Physics and Astronomy at the Johns Hopkins University. He earned his Ph.D. from the University of Copenhagen in 1988, was a post doc at AT&T Bell Laboratories from 1988-1990 and joined Johns Hopkins in 1990.

An experimental condensed matter physicist, Dr. Broholm is interested in anomalous forms of magnetism, superconductivity, and their interplay. Of particular interest are crystalline materials where quantum effects are enhanced on account of competing interactions (frustration) or low dimensionality.

Dr. Broholm received the Presidential Faculty Fellowship in 1994, became a fellow of the American Physical Society in 2004, and received the Sustained Research Award of the Neutron Scattering Society of America in 2010. He was selected for funding by the Gordon and Betty Moore foundation as one of 19 top experimentalists in the area of quantum materials in 2014. Dr. Broholm is the director of the Johns Hopkins Institute for Quantum Matter (https://iqm.jhu.edu).