By Year
By Month
By Week
Today
Jump to month

Progress and Prospects for the Second Quantum Revolution

Abstract:The first quantum revolution brought us the great technological advances of the 20th century—the transistor, the laser, the atomic clock and GPS, the global positioning system. A ‘second quantum revolution’ is now underway based on our relatively new understanding of how information can be stored, manipulated and communicated using strange quantum hardware that is neither fully digital nor fully analog. We now realize that 20th century hardware does not take advantage of the full power of quantum machines. This talk will give a gentle introduction to the basic concepts that underlie this quantum information

After graduating in a high school class of 5 students in the small village of Brant Lake, NY and completing his undergraduate degree in physics from Bates College, Dr. Girvin earned his Ph.D. from Princeton University in 1977 and trained as a postdoctoral fellow at Indiana University and Chalmers University of Technology in Göteborg, Sweden. He went on to work as a physicist at the National Institute of Standards and Technology (known at the time as the Bureau of Standards) from 1979 to 1987, before joining the faculty of Indiana University in 1987.

Dr. Girvin joined the Yale faculty in 2001, where he is Eugene Higgins Professor of Physics and Professor of Applied Physics. From 2007 to 2017 he served as Yale’s Deputy Provost for Research. In that role, he helped oversee research and strategic planning in the basic sciences and engineering across the university. He also helped oversee entrepreneurship, innovation and tech transfer at Yale.

Throughout his career, Professor Girvin’s research has focused on theoretical studies of quantum many-particle systems, quantum optics and quantum computation. Along with his experimenter colleagues Michel Devoret and Robert Schoelkopf, he co-developed ‘circuit QED,’ the leading architecture for construction of quantum computers based on superconducting microwave circuits.

In 2020, Professor Girvin became the founding director of the Co-Design Center for Quantum Advantage, one of five national quantum information science research centers funded by the DOE.

In recognition of his research and contributions to the field, Dr. Girvin has been elected Fellow of the American Physical Society, the American Association for the Advancement of Science, and the American Academy of Arts and Sciences, Foreign Member of the Royal Swedish Academy of Sciences, and Member of the US National Academy of Sciences. In 2007 he and his collaborators, Allan H. MacDonald and James P. Eisenstein were awarded the Oliver E. Buckley Prize of the American Physical Society, “For fundamental experimental and theoretical research on correlated many-electron states in low dimensional systems.” In 2017 Professor Girvin was awarded an honorary degree by Chalmers University of Technology in recognition of his work in circuit QED. In 2019, he and coauthor Kun Yang published the textbook “Modern Condensed Matter Physics” with Cambridge University Press. 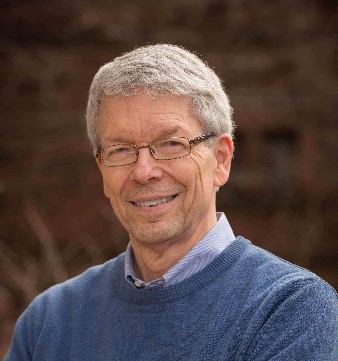