Jolie Cizewski was named Woman Physicist of the Month for November, 2012 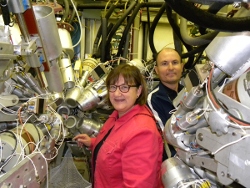 The APS Committee on the Status of Women in Physics began a program in January 2012 to highlight exceptional female physicists. The award recognizes female physicists who have positively impacted other individuals' lives and careers.

The full citation can be found here.