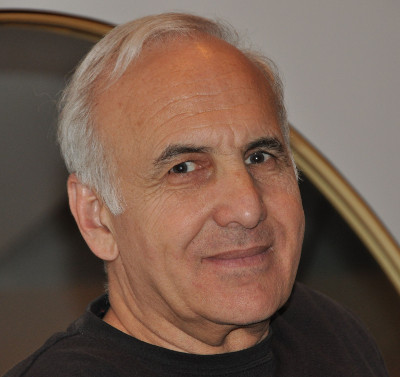 For 15 years I've worked on a general formulation of models compatible with both general relativity and quantum mechanics, called Holographic Space Time (HST). This is a well defined mathematical framework, which incorporates the principles of unitarity, causality and holography: the Hilbert space describing physics in a causal diamond in space-time has a dimension equal to the maximal space-like area on the boundary of the diamond. Jacobson showed that the hydrodynamic laws implied by this principle were all of the projections of Einstein's equations onto null vectors in space-time. The cosmological constant is left undetermined by this principle and Fischler and I conjectured that it was determined by the relation between asymptotically large proper time and asymptotically large area. In particular, in our own universe it appears that the cosmological constant is positive and the maximal entropy of the universe remains finite even at arbitrarily large proper time. We also discovered that degrees of freedom localized in the bulk of the diamond are special states of the holographic variables on the boundary, characterized by a number of constraints proportional to ER, where E is the energy of the state and R the square root of the finite maximal area. This description of localized objects is supported by many classical results in general relativity and gives rise to a theory of black hole formation and evaporation in particle collisions that is completely consistent with unitarity, causality, and the absence of firewalls or other drama for systems falling behind black hole horizons, on time scales of order the light crossing time of the black hole.

HST enables one to invent an alternative theory of the inflationary history of the universe, much more constrained than the standard theory, which fits extant data on the cosmic microwave background as well as conventional models, and makes qualitatively different predictions for primordial gravitational waves and non-Gaussian contributions to the fluctuation spectrum. It is not clear whether these predictions can be tested in the near future. The HST model of inflation predicts that the post inflationary universe is dominated by a dilute, almost homogeneous, gas of very tiny black holes. Most of these black holes decay and produce the Hot Big Bang. It may be that some of them combine and form black holes large enough to affect the future evolution of the universe. In particular, the spectrum of remnant black holes might be incompatible with current constraints or might explain some or all of the dark matter in the universe. I am currently trying to find collaborators adept at simulations of structure formation, to determine what the model predicts for remnant black hole abundance. The decaying black holes can also account for the baryon asymmetry of the universe.

Another line of research comes from combining HST with the apparent prediction of string theory that models of quantum gravity in asymptotically flat space must be exactly supersymmetric. This leads to a prediction that the breaking of supersymmetry is driven, in effective quantum field theory language, by Feynman diagrams that involve the absorption by and re-emission from the cosmological horizon of a single graviton. The resulting gravitino mass is proportional to the one quarter power of the cosmological constant. The constant of proportionality is not well determined yet, but a number between 10 and 100 fits current bounds on supersymmetric particle masses. If we combine these ideas with the requirement that standard model gauge couplings unify at an energy scale of about 10^{16} GeV, we are led to a small set of models of TeV scale physics, called the Pyramid Schemes. These models resolve most of the fine tuning problems of the standard model of particle physics and its generic supersymmetric extensions. They do not obviously explain the "little hierarchy problem", that is the ratio of the masses of the weak gauge bosons to the natural TeV scale of the model seems to require a tuning of parameters of order a few percent.

In HST, one does quantum mechanics along individual time-like trajectories in space-time, with compatibility constraints relating the descriptions on different trajectories. So far, there is no version of the model which gets the compatibility constraints correctly for trajectories that are in relative motion. This is perhaps the reason that the HST formalism has not attracted the interest of anyone beside myself and my collaborators. I've consequently decided to abandon this area of research and shift my focus to condensed matter physics. The study of quantum gravity, inflation, black hole information, and ``string theory", suffers from the absence of well defined mathematical models, which define the theory in asymptotically flat or de Sitter space in a non-perturbative manner. It also suffers from a lack of contact with experiment, which is not expected to be ameliorated in the near future. Until further data becomes available on supersymmetric particles, dark matter, or finer details of the primordial fluctuation spectrum, these fields will be in the realm of uncontrolled conjecture. 15 years is enough time to spend on them.

In condensed matter physics my research will be focused on finding better systematic computations of the density functional (more generally, of the effective action of the plasmon field) for the homogeneous electron gas. Exact knowledge of this functional would enable use to solve for the ground state energies, and perhaps low lying excitations, of atoms, molecules and solids, in the Born Oppenheimer approximation. I'll also work on combining weak and strong coupling expansions of a variety of lattice models, in order to study quantum critical points at intermediate coupling.