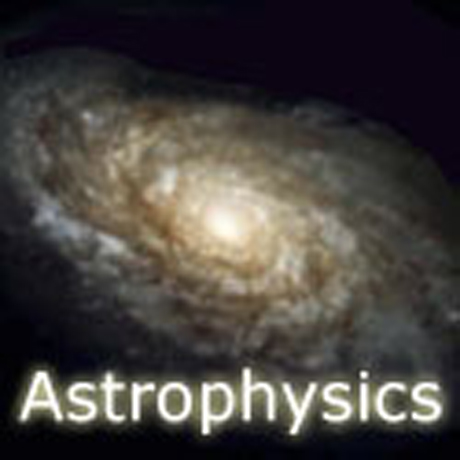 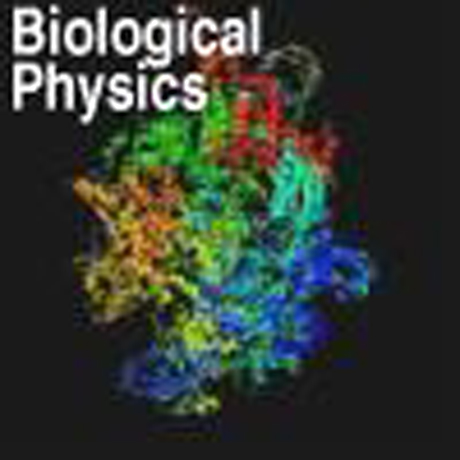 In recent years, the nature and volume of biological data is driving a revolution in how biology is done. The activities range from understanding individual molecule to studying evolution of complex multicellular organisms. Our group focuses on such "multi-scale" phenomena that drives research at the fertile junction between biophysics, bioinformatics, systems biology, and theoretical evolutionary biology. 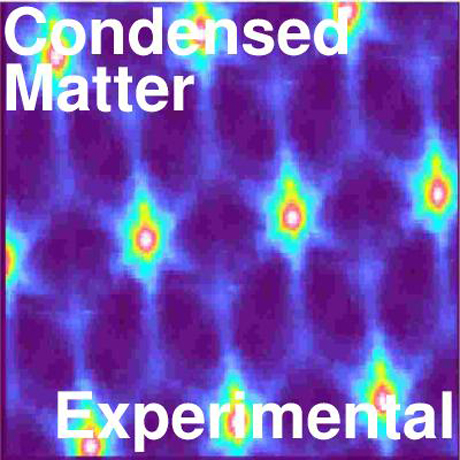 Experimental research on condensed matter physics at Rutgers has a long and distinguished history. The physics department is named after Bernard Serin, who in 1950 discovered the isotope effect in superconductors.

Continuing this tradition, the condensed matter experimental (CMX) group is pursuing a vigorous research program on topics at the forefront of modern condensed matter physics. Specifically, the group is actively working on: the synthesis of novel materials, the dynamics of vortex matter, quantum transport and interactions in mesoscopic conductors, the metal-insulator transition and correlated-electron effects, low dimensional quantum magnets, quantum fluids and solids, two-dimensional electron systems, sonoluminescence, colossal magneto-resistance, ferroelectricity, magnetism, and forefront x-ray characterization studies. Several of the condensed matter group are also members of the Laboratory for Surface Modification and conduct research at the atomic level in the physics and chemistry of surfaces, interfaces, and thin films, including electronic and structural properties, dynamical processes, and surface catalysis. Our CMX and LSM laboratories are equipped with state-of-the-art instruments that give access to ultra-low temperatures, ultra-high vacuum, high magnetic fields, and atomic-resolution imaging.

Many active collaborations with members of related departments (especially Chemistry and Engineering departments) are ongoing. In addition, several members of the group have strong connections with such national facilities as Brookhaven National Laboratory and Oak Ridge National Laboratory and make use of X-ray and neutron scattering facilities at these laboratories. 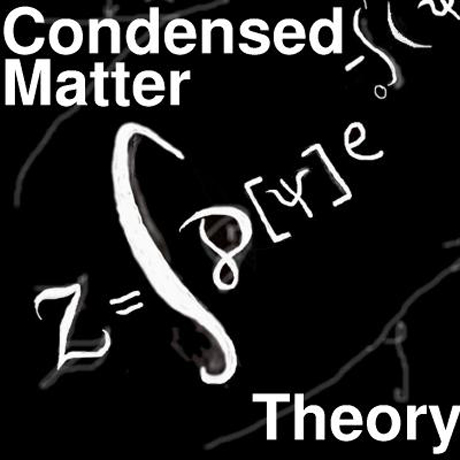 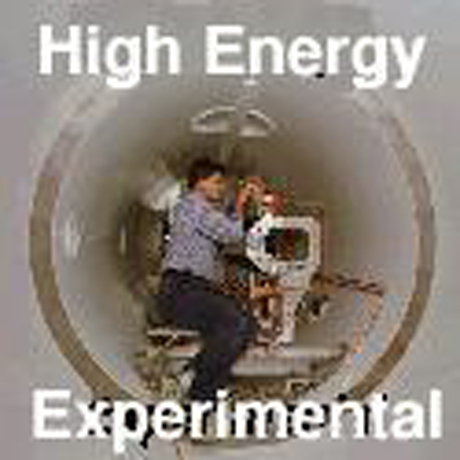 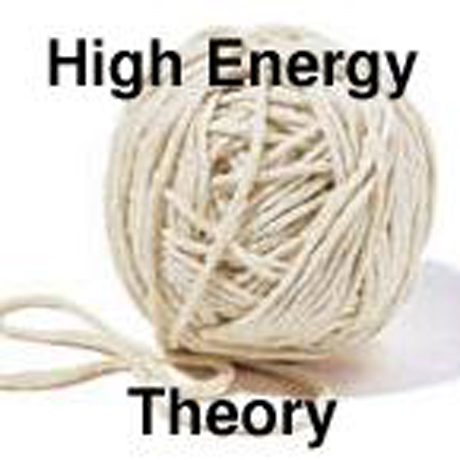 Theoretical particle physics has advanced its frontiers enormously in recent years. The success of the Weinberg-Salam model of electroweak interactions, culminating in the recent discovery of the W+- and Z , has led to efforts to find a unified theory including quantum chromodynamics and perhaps general relativity as well. A theory of all interactions and particles usually has far-reaching implications, for instance, predicting proton decay, and affecting the development of the universe in the first few moments after the big bang. Thus particle physics now relates to problems in cosmology, such as galaxy formation and the observed predominance of matter over anti-matter. The most ambitious of these unified theories-- superstrings--is being intensively studied at Rutgers, which has one of the strongest particle theory groups in the world. Other problems, such as developing methods to study non- abelian gauge theories in nonperturbative regimes, electroweak baryogenisis, and computational methods, are also being studied. Advances in the understanding of field theory have yielded techniques and predicted phenomena which are relevant to mathematics, statistical mechanics, and condensed matter physics. 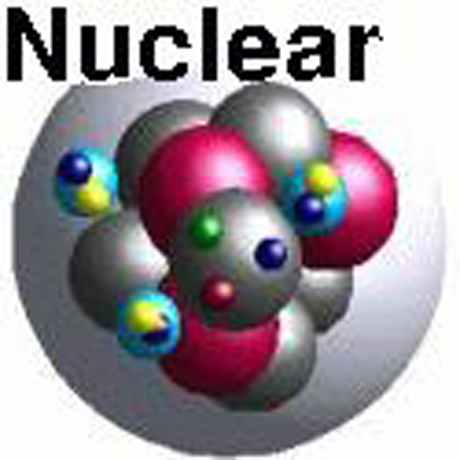 Traditional nuclear physics describes nuclear properties in terms of protons and neutrons. Most nuclei are well described as nucleons interacting either through empirical interactions in the shell model, or through a force derived from nucleon-nucleon scattering.

Modern nuclear physics has much greater ambitions. New insights are gained into conventional descriptions by studying nuclei with much larger neutron, or proton excesses, and by investigating nuclei with high spin. Reactions with intermediate-energy mesons and electromagnetic probes provide insight into the quark substructure of the individual composite particles, the high momentum structure of nuclei, and the transition between current-quark, constituent-quark, and meson-baryon degrees of freedom. Relativistic-heavy-ion experiments will soon attempt to recreate the quark-gluon plasma, not present since the first seconds after the creation of the universe many billions of years ago.

The Rutgers University nuclear physics experimentalists and theorists have a broad range of interests, that cover most of the topics above, intersecting the interests of high energy physicists and astrophysicists. You can learn more about the experimental and theoretical research activities. 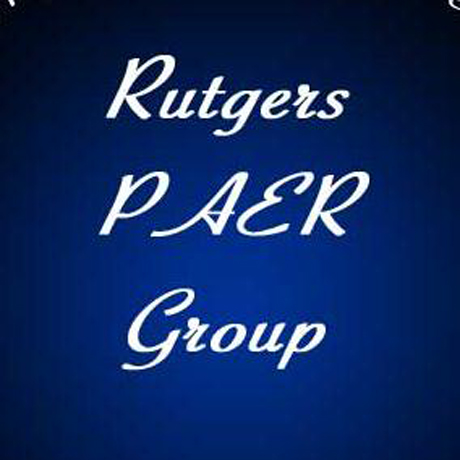 Physics and Astronomy Education Research (PAER) is devoted to studying how students learn and searching for ways to help them learn better. Recognizing the special difficulties that learning physics entails requires a great depth of subject knowledge, so much of this research can be done only by physicists in physics departments. The Rutgers' PAER group, consisting of a number of physicists in the department together with members of the graduate programs in Education and Math, are investigating more effective cognitive approaches, with emphasis on investigation, evaluation, representation, and linguistic issues. We are also doing work on technological innovation in physics teaching.

The group has also long been involved in developing innovative teaching environments. This has included Keller-type self-paced courses, minilabs, a hands-on Physics Learning Center, and the use of student response systems,

Our group founded the Extended Physics programs for engineering and science majors. These courses have had nearly two decades of success helping underrepresented groups succeed in the science and engineering programs. We continue to develop methods conducive to enhancing the the degree completion rate of women and underrepresented minorities.