Please join us in congratulating Vitaly Podzorov on his appointment by the University Board of Governors as the Donald H. Jacobs Chair in Applied Physics. This is an endowed 3-year term Chair and the appointment includes a generous research account. In awarding Vitaly this honor, the BOG noted his international leadership in applied physics, particularly in the area of novel semiconductors, devices and charge transport.

Please join us in congratulating Matt Buckley on winning a 2020-2021 Presidential Fellowship for Teaching Excellence. The award is coupled to Matt’s recent promotion to Associate Professor and is in recognition of his outstanding teaching accomplishments since he joined the Rutgers faculty.

Congratulations to Sanghyuk Lee on receiving the 2020-2021 School of Arts and Sciences Award for Distinguished Contributions to Undergraduate Education at the Assistant Professor rank.

Please join us in congratulating Chaz Ruggieri on receiving the 2020-2021 School of Arts and Sciences Award for Distinguished Contributions to Undergraduate Education for the Special Award for Pandemic Pedagogy.

Professor Eric Gawiser has been selected as a recipient of the 2020-2021 School of Arts and Sciences Award for Distinguished Contributions to Undergraduate Education at the Professor rank.

Blakesley Burkhart has been selected for the 2022 Maria Goeppert Mayer Award of the American Physical Society. This award, which recognizes outstanding achievement by a woman physicist in the early years of her career, is given to only one individual annually.

We are please to announce that our colleague Geraldine Cochran has been promoted to Associate Professor of Practice.

Congratulations to Geraldine on her well-deserved promotion!

We are happy to announce the many year-end awards for this year.  Despite all the problems of this last year, our students have done an extraordinary job. Congratulations to all our award winners, as
well as all our graduating students for a job well done.

We are pleased to announce that for the 12th year in a row (and in 14 of the last 16 years) a Physics & Astronomy major
was been awarded a prestigious Goldwater Scholarship.

The Goldwater Scholarship is awarded to 410 students nationwide each year, to student in mathematics,
computer science, engineering, and the natural sciences. Rutgers has two Goldwater winners this year, with Jacqueline Mehr, from Life Sciences, joining Tai Wai. Congratulations to them both.

At its meeting on Wednesday April 14, 2021, the Board of Governors approved the promotion of our colleague Matt Buckley to Associate Professor with tenure.

Please join us in congratulating Matt on his well-deserved promotion. 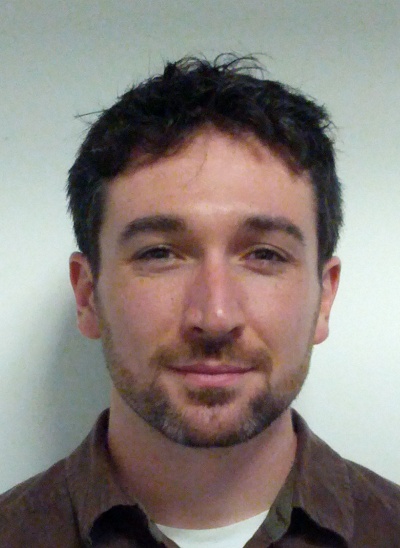 Our colleague Kristy McQuinn was interviewed by WMBC-TV about the new frontiers in astrophysics that she and her colleagues will be exploring upon the upcoming launch of the James Webb Space Telescope.

We are very happy to announce that Andy Mastbaum of the HEX group has received a prestigious NSF CAREER Award. The NSF CAREER Program is a Foundation-wide activity that offers the National Science Foundation's most prestigious awards in support of early-career faculty who have the potential to serve as academic role models in research and education and to lead advances in the mission of their department or organization.

Kristy McQuinn and Alyson Brooks are on one of only 13 "Early Release Science" teams, chosen world-wide, for the soon-to-be-launched (10/31/2021) Webb Space Telescope.  These teams, chosen via a highly competitive process, will be among the first users of the WST.  Kristy is scientific leader and Alyson collaborator on the team selected to study resolved starts in nearby galaxies.

Distinguished Professor Jack Hughes, has been elected a 2021 Fellow of the American Astronomical Society.  Jack has the distinction of being in the first class of annually elected Fellows of the AAS.  AAS Fellows are recognized for their contributions toward the Society's mission of enhancing and sharing humanity's scientific understanding of the universe.

Jack’s citation reads: “For outstanding accomplishments in X-ray astronomy, including critical contributions to the development of the Chandra X-ray Observatory.”