Len Feldman has been named a fellow of the IEEE (Institute of Electrical and Electronics Engineers), effective January 1, 2016. Each year, following a rigorous evaluation procedure, the IEEE Fellow Committee recommends a select group of recipients for ele

Less than 0.1% of voting members are selected annually for this member grade elevation.

The citation for Len reads: for contributions to semiconductor-dielectric interfaces for MOS technologies.

Len is Vice President for Physical Science and Engineering Partnerships, Director of the Institute for Advanced Materials, Devices and Nanotechnology and Distinguished Professor Physics and Materials Science & Engineering. With this new distinction he is now a Fellow of the IEEE, the Materials Research Society, The American Association for the Advancement of Science, the American Vacuum Society and the American Physical Society.

Joel Lebowitz has been elected a foreign member of the Accademia Nazionale dei Lincei (The Academy of the Lincei), in the Class of Mathematics, Physics and Natural Sciences

The Academy of the Lincei, founded in 1603 by Federico Cesi, is the oldest scientific academy in the world; Galileo Galilei is counted among its first members.

Dave Maiullo brings his own brand of physics and fun to the off-Broadway scene, opening on November 4 at the Playroom Theater. Shows run through January 2, 2016

Dave Maiullo brings his own brand of physics and fun to the off-Broadway scene, opening on November 4 at the Playroom Theater. Shows run through January 2, 2016.

Weida Wu (PI) , along with co-PI's Sean Oh, Peter Armitage [Johns-Hopkins], and Shengbai Zhang [RPI], have received a $2M NSF Emerging Frontiers in Research and Innovation (EFRI) Award entitled "2-DARE: Engineering novel topological interface states in 2D chalcogenide heterostructures." The team aims to engineer topological interface states residing at the boundary between a topological insulator and a conventional semiconductor. The research activities will address the challenges of materials synthesis, realization of optoelectronic and spintronic devices, and their characterizations.

The DOE has awarded $12 million to establish the Center for Computational Design of Functional Strongly Correlated Materials and Theoretical Spectroscopy, led by Gabi Kotliar and located at Brookhaven National Laboratory

The Center will have a node at Rutgers which will be led by Kristjan Haule, with Martha Greenblatt from Chemistry and Chemical Biology establishing an experimental component.

More information about the Center is available from..

This distinction places Saurabh among some of the most influential scientific minds. About three thousand researchers earned this distinction by writing the greatest number of reports officially designated by Essential Science Indicators as Highly Cited, ranking among the top 1% most cited for their subject field and year of publication, earning them the mark of exceptional impact.

Saurabh joins Sang Cheong who received the same distinction in 2014.

Greg Moore, Board of Governors Professor in the NHETC and the Department of Physics & Astronomy, is a 2015 recipient of the Dirac Medal, awarded by the International Center for Theoretical Physics (ICTP)

Greg joins a rarified list of previous winners, which includes Sasha Zamolodchikov, also BOG Professor in the NHETC and Department of Physics & Astronomy, and former NHETC member Juan Maldacena, now Professor at the Institute of Advanced Study at Princeton.

Moore, along Alexei Kitaev (California Institute of Technology), and Nicholas Read (Yale University) were recognized for their interdisciplinary contributions which introduced the concepts of conformal field theory and non-abelian quasiparticle statistics in condensed matter systems and applied these ideas to quantum computation. Their work has played a fundamental role in recent advances in our understanding of the quantum states of matter and quantum entanglement theory.

ICTP's Dirac Medal, first awarded in 1985, is given in honor of P.A.M. Dirac, one of the greatest physicists of the 20th century and a staunch friend of the ICTP. It is awarded annually to scientists who have made significant contributions to theoretical physics.

Physics and Astronomy Alumnus, Matt Hill, is a member of the New Horizons team whose spacecraft completed the recent Pluto flyby 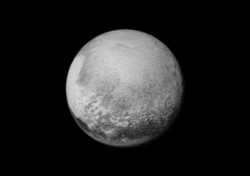 At its June 18, 2015 meeting, the Board of Governors has approved the promotion of:

Congratulations Yuri on this well-earned accomplishment.

Professor David Shih, faculty member in New High Energy Theory Center, has been selected to receive a 2015 Board of Trustees Research Fellowship for Scholarly Excellence 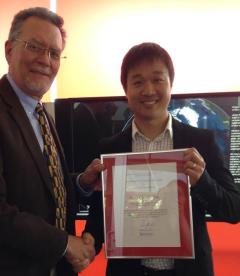 This award bestowed in recognition of David's outstanding scholarly accomplishments during his years at Rutgers, as documented in the evaluation that led to his promotion to Associate Professor.

Rouven Essig, former student of Scott Thomas who received his PhD in 2008, has received the 2015 Henry Primakoff Award for Early-Career Particle Physics

The citation reads "For seminal contributions to theoretical models of dark matter with new gauge interactions, and for leadership of the APEX experiment at the Jefferson Laboratory." Rouven is now an Assistant Professor at Stony Brook University.

Brian Dennis, Girsh Blumberg (Rutgers) and the department alumnus Vladimir Aksyuk (NIST), working with collaborators at ANL and U Colorado-Springs, report a technology that could result in optical switches with sub-square-micron footprints

Brian Dennis, Girsh Blumberg (Rutgers) and the department alumnus Vladimir Aksyuk (NIST), working with collaborators at ANL and U Colorado-Springs, report a technology that could result in optical switches with sub-square-micron footprints, potentially allowing switching fabrics on a chip with an unprecedented density. The article appeared in Nature Photonics

At its April 2, 2015 meeting, the Board of Governors has approved the promotions of:

Please join me in congratulating David, Chuck and Rachel on their well-deserved promotions.

For the 6th consecutive year one of our majors, Aditya Parikh, has won the prestigious Goldwater Scholarship, given to only 300 science and engineering students across the whole nation

Aditya has been working with Sevil Salur, and he is majoring in both physics and astrophysics!

In addition to being our 6th winner in a row, Aditya is also our 8th winner in the last ten years.

This Award was established in 2003 by the China Scholarship Council to encourage research excellence and to recognize the achievements among Chinese students abroad. The award includes a $6,000 prize and a certificate of recognition. Yanan is one of only 39 Chinese students in our ten-state jurisdiction receiving this award. 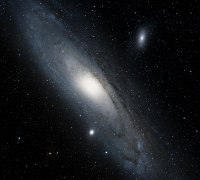 The Department of Physics and Astronomy is pleased to announce the establishment of the Robert A. Schommer Prize, to be awarded annually to a graduate student in the department for outstanding published research in astrophysics 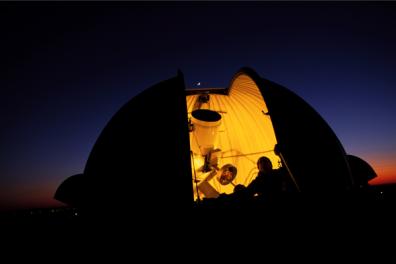 The prize is funded by a private gift, and honors the legacy of former Rutgers Prof. Bob Schommer, who was a leader in the study of stellar populations in the Milky Way and other galaxies, an expert in astronomical instrumentation and observation, and a co-discoverer of the accelerating expansion of the Universe through measurements of distant supernovae. At Rutgers, Bob was a passionate advocate for the development and growth of research and graduate study in astrophysics, and this prize commemorates his far-reaching vision.

Graduate students Sean Kung and Weilu Zhang, postdoc Verner Thorsmolle, and Profs. Girsh Blumberg and Kristian Haule, working with collaborators in Los Alamos and Leiden University, have made a major step towards solving the 30-years old puzzle of so call

Key to achieving this breakthrough was the combination of Blumberg's unique laser laboratory at Rutgers, a new generation of samples prepared at LANL and a novel tour-de-force DMFT calculation performed by Kristjan Haule and Gabriel Kotliar. The paper appeared in Science Express online prior to publication in the Science journal.

Sang-Wook Cheong was elected as a new fellow of the Korean Academy of Science and Technology (KAST), officially starting from Jan. 1, 2015

This is one of eight such conferences coordinated by the American Physical Society (APS) this year. It brings together leading female physicists and over 130 undergraduate women in physics to highlight career opportunities for women in physics and the contributions of women to physics.