Magnetic moments of short lived (10-12 s range) excited nuclear states are measured using the Transient Fields, TF, which are observed when ions move at velocities of a few percent of the speed of light through ferromagnetic materials. In a nuclear reaction both the excited state and the high velocity probe ion are produced which can be the excited target nuclei or the beam projectiles themselves.

These experiments deal with Coulomb excitation of the projectiles at high energies.The projectiles are excited in collisions with light target nuclei. In this inverse kinematic condition all reaction products are focused in the forward direction. The de-excitation γ rays of the probe ions are measured in coincidence with the light recoil target ions observed in a particle detector around 0 degree. The spin precession angle is determined from the measured rotation of the angular distribution of the γ radiation. With the same target several isotopes of one element are studied and their magnetic moments compared. 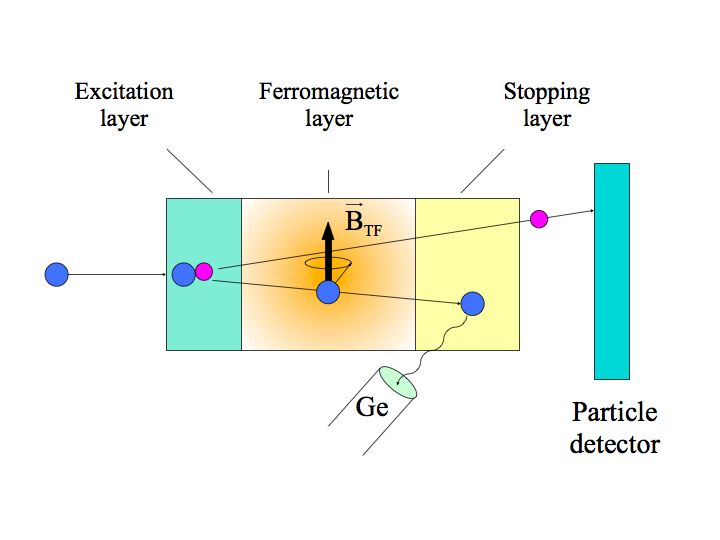