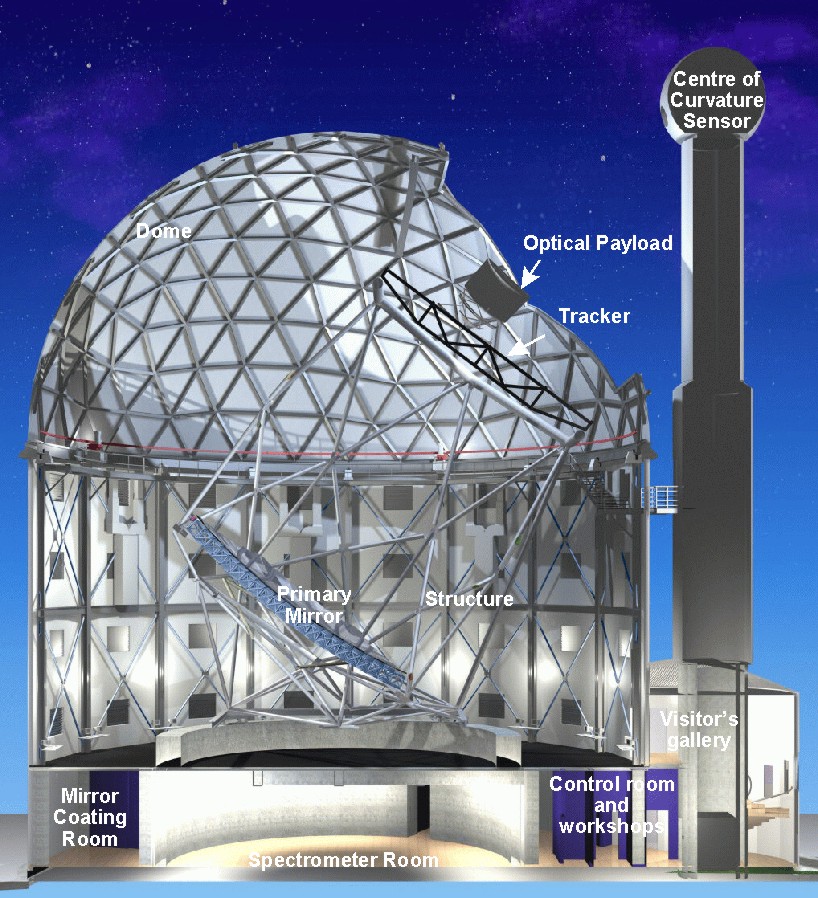 Rutgers University is a partner in the Southern African Large Telescope consortium, SALT, a group of countries and universities that have jointly constructed a 10-meter optical telescope optimized for spectroscopic work that closely resembles the Hobby-Eberly Telescope (HET) at McDonald Observatory in west Texas. Memoranda of Understanding signed by partners in Africa, Europe, Australasia, and North America established the SALT Foundation, which will own and operate SALT. Rutgers astronomers have a 10% share of the telescope and the telescope time.

The construction and operation of this world-class astronomical facility has been made possible by the participation of its partner institutions. Both private and public funds were pooled to create what is, at this time, the largest diameter optical telescope anywhere int he world. SALT is a truly multi-national endeavor and will be a catalyst for scientific and educational co-operation between participating nations well into the 21st century. The partners in SALT are:

The project is being managed by a team of people based at the SALT Foundation headquarters located at the South African Astronomical Observatory complex in Cape Town. The full team commenced work on the project in January 2000 and will have completed the task by the end of 2005. Shared-risk science observations have begun and the formal inauguration of SALT is scheduled for November 2005.

SALT is closely modelled on the Hobby-Eberly Telescope (HET) situated in west Texas. However, almost every subsystem has been redesigned using the lessons learned from HET. Two of the most notable changes are a redesigned reflective spherical aberration corrector (SAC) and an active primary mirror alignment system utilizing capacitive edge sensors to measure primary mirror segment movement. The SAC has an 8 arcmin diameter field of view (four times the area available with HET), improved image quality (EE50<0.2 arcsec), and multi-layer Ag/Al coatings on the four mirrors which enhances the sensitivity at short wavelengths (capable down to 320 nm).

Like the HET, SALT will specialize in spectroscopic observations using an array of state-of the-art instruments, although a facility CCD imager will also be available. SALT is a fixed altitude telescope, and therefore observing with it is more complicated than observing with most ground-based telescopes. SALT can access 70% of the sky observable from Sutherland, but only during specific "windows of opportunity". Objects are not always observable by SALT, even though they may be above the horizon. However, the dates an object can be observed during the course of a year are almost identical to that of a more traditional telescope.

SALT is located at the South African Astronomical Observatory (SAAO) near Sutherland in South Africa's Northern Cape Province. SAAO has operated telescopes on this desert hilltop, far from city lights and pollution, since the early 1970s. SAAO operates SALT under contract from the SALT Board and the SALT design and engineering team is based at SAAO in Cape Town.

The official groundbreaking for SALT took place in early September 2000. The full project development team commenced work in January 2000 and will complete their task by the end of 2005. Shared-risk science observations have begun with the SALTICAM imager and the Prime Focus Imaging Spectrograph (see the descriptions above). The formal inauguration of SALT is scheduled for November 2005.

Flags of the SALT partner countries at the telescope site

A view of the SALT site, and the people gathered for the groundbreaking ceremony

Premier Dipico's address at the SALT groundbreaking ceremony. Representatives of the partner institutions are at the head table 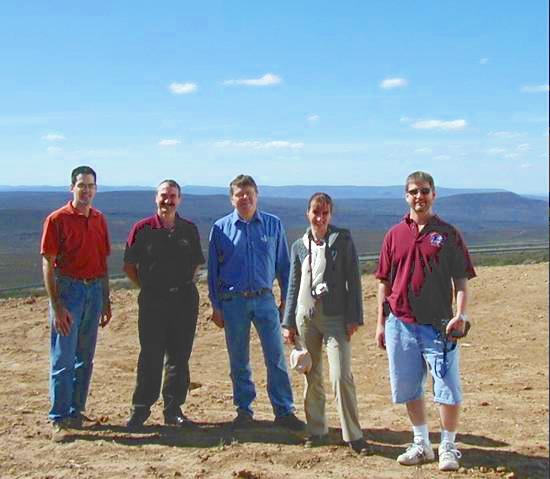 The SALT dome in winter makes another pretty picture.